Autumn is nice in New Mexico, but...

...monsoon brings out the very best in photographic opportunities!

Here's what Wikipedia has to say about our monsoon:

"The North American monsoon is a complex weather process that brings moisture from the Gulf of California (and to lesser extent the eastern Pacific and Gulf of Mexico) over northwestern Mexico and southwestern US resulting in summer thunderstorms, especially at higher elevations. Monsoon rains account for 35% to 45% of total rainfall in the desert Southwest"

Thunderstorms mean heavy (but scattered) rain, and more importantly, lightning! Nothing is more satisfying than capturing a great lightning image.  For a long time, before the digital era, nothing was more frustrating than trying to capture a great lighting image! One had to stand in the rain with a cable release in hand, and the shutter dial set on "B"... push the plunger for a set amount of time and hope that a lighting strike occurred when the shutter was open. Lather, rinse, repeat.

With the advent of digital imaging, many cameras of the advanced amateur and pro levels came with an intervalometer setting. One could specify a certain number of exposures, at a specified interval, and the camera would then do the heavy lifting, while the photographer enjoyed a cold beverage in front of the TV. When the storm subsided, the memory card was loaded in the computer, and the hunt for any frames with a lightning strike would begin.  That's how I captured the image below way back in 2011, also from the front porch. To this day, I think this is still the best storm to ever pass over our heads heading West.

This method had it's obvious drawbacks, of course. The number of shutter actuations vs the number of images of lightning was excessive, considering the lifespan of shutters back then.

The solution was having a device that would only fire the camera when there was actually a lightning bolt! These devices did exist then, but for many of us the price was prohibitive- $500 and up.

Then, in 2016, I began to see ads for a device that didn't cost an arm and a leg and promised I'd be able to capture lightning, and a whole lot more! That device was the Pluto Trigger ! It was only $119 then, and it's still $119 today. I bought one, of course, and have been very pleased with it's capabilities, not only for lightning capture, but so many other functions (but more on that in another post). The image at the top of this story was made possible, in part, with the Pluto Trigger. (Follow the link to learn more). 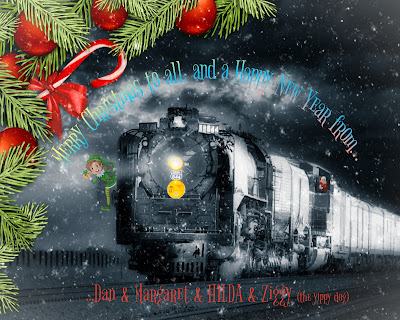 Thanks to Union Pacific Railroad #844 which rolled through Deming, New Mexico in November of 2011, in celebration of the New Mexico Centennial (January 2012), Luminar AI software from Skylum, several free holiday-themed overlays from the internet, and festive text fonts from PicMonkey.com!

Maybe.  Looks like I've been on vacation for 3 years.  I'm a little rusty on this blogging thing. Look for more photos, and less verbiage... unless I have something really important to say.

With that, here's another recent photo. (Available on an embossed notecard w/envelope) 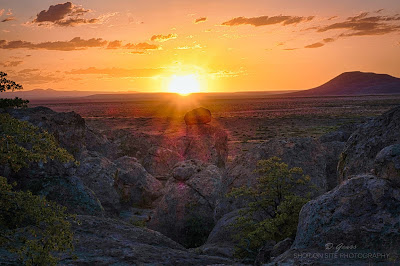 There is so much haze on the horizon from wildfires in New Mexico, Arizona, Texas, Mexico.... everywhere!  And while it's tragic for those whose lives have been touched, it's ironically the photographer's friend. You don't get sunsets like this in clear air! Edited with LuminarAI.  Try it yourself: https://skylum.grsm.io/danielgauss3379 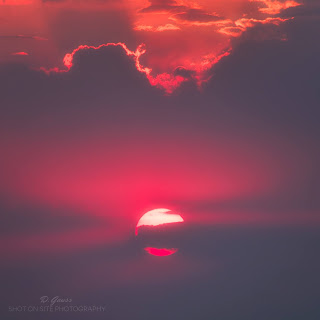 Is It Time To Up Your Photo Game? (I did, and I never looked back!)

Check it out, here: https://skylum.grsm.io/upyourphotogame
But hurry.... time is running out! 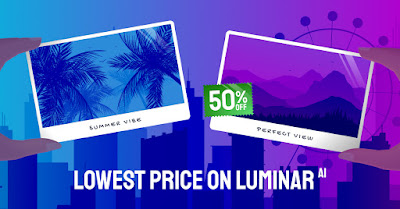 *Looking back, it appears that I didn't post these last year. I promise, it will never happen again!
So, without further adieu... the two greatest Christmas songs in the history of the planet...  and we'd like to wish you the very best this holiday season and the coming new year.  And who knows, maybe there'll be a few more posts between now and when I play these songs again next Christmas!