The Burrito That Botched A Hunt.

The plan was simple. High winds were forecast, with an official advisory-- 35mph or better with gusts up to 55. But they weren't supposed to get up to that level until 11am. So I'd planned to get up early, have a little breakfast, throw the dogs in the car and beat the wind. I should have a couple of hours of running before the wind picked up to dangerous speeds. That was the plan.
It would have worked, too, if I hadn't found the last two eggs in the fridge and decided I wanted to make a breakfast burrito. With Cabot sharp chedder, Biad's Reserve green chile's, diced potatoes and onions, it was delicious. But hardly classified as a "little breakfast".
It added almost an hour to my prep time, but when I got the gang in the car it was still just breezy*. I had a good 45 minutes to drive, though, so anything could happen.
I was feeling pretty good with only about 5 miles to go, when I looked to the west and saw huge clouds of dust. At first, I thought there might be a vehicle out there, because things were still pretty calm where I was. But in the desert, things change in a hurry, and the car was suddenly slammed by heavy gusts, and the cattle ahead in the road were scurrying for heavier cover.
Rather than turn around, I decided to press on and make a loop through the coursing field, just to see if maybe one of the lower areas were out of the wind. How foolish of me. Not only was the wind howling and the dust flying, but I now had 3 pissed off dogs cramped in the back of the little Mitsubishi who realized we weren't stopping, and they weren't getting out.
It's windy again today, so tomorrow will be the next best time to get out and run some more Summer fat off these guys.
Still.. I don't regret the burrito. It was soooo good.
(it was a great day to be a tumbleweed, though.. if you were a tumbleweed that needed to get somewhere)
*In New Mexico, "breezy" is anything around 20mph.
Posted by Daniel Gauss at 10:39 AM No comments:

Because we had an El Nino winter, and a fairly wet summer, we've got about 40 million acres of tumbleweeds.. or so it seems. Therefore, we don't miss them when they run in front of the car..

I was surprised to learn that this ubiquitous symbol of the Old West, didn't exist in the US before the 1870's, when they hitch-hiked with the flaxseed that were imported to South Dakota by Ukrainian farmers. Like so many invasive species of plant and animal, I guess they liked it here.
Posted by Daniel Gauss at 6:27 PM No comments: 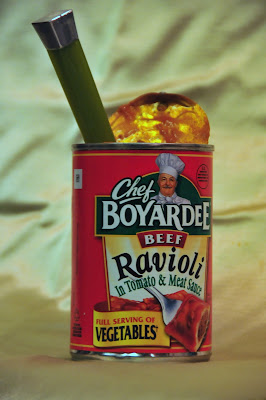 Despite the fact I've been left on my own for yet another holiday period, I'll get by. MMmmm-mmm-mmm.
Happy Thanksgiving, all!
Posted by Daniel Gauss at 8:54 PM No comments: 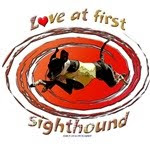 The holidays are approaching fast. Let me make a few gift suggestions:
These goodies have "collector's item" written all over them... don't be the guy watching Antiques Road Show in 30 years who says, "DOH!!"
Posted by Daniel Gauss at 8:58 AM No comments: 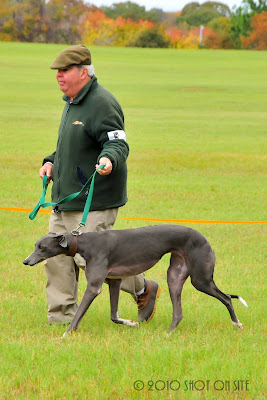 This image of the rare conformationus curmudgeonus captured live at the ASFA Greyhound Specialty Conformation Match.
Posted by Daniel Gauss at 9:45 AM 3 comments: 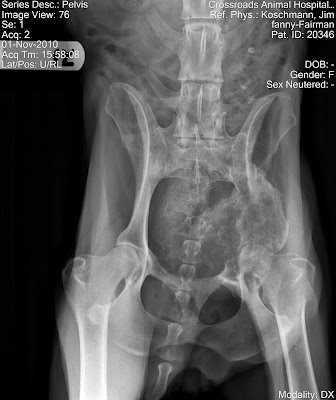 We've been pretty lucky with our hounds, with Randir living to be as old as Methuselah before we lost him last year, and Buffy's cruciate, and all of Rally's attempts to drive us into poverty, but they weren't life-threatening.
Above is one of a series of X-Rays done by Dr Jim Koschmann at Crossroads Animal Hospital in El Paso. Yesterday we received the results from the bone biopsy done at the same time, and it is as we expected. Osteosarcoma. Bone cancer.
We have limited options, one of which is amputation, as the cancer hasn't metastasized, and her lungs appear clear. But amputation would include removing part of the pelvis along with the limb, and there isn't a lot of references for it being done. Dr. Koschmann has never done it, and even the revered Jim Radcliffe hasn't done it, and could only find one reference for it.
Fanny's going on 11 years old. She's been one of our most consistent jackrabbit chasers and catchers. She's being kept comfortable and pain free with Prednisone and Tramadol. We'll stay with that routine, until we have to do something else. 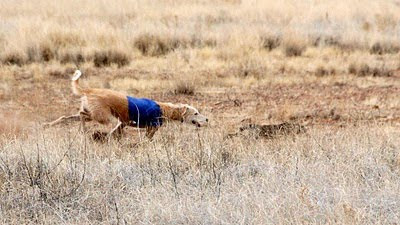 A Hot Product: A Shot On Site Calendar! 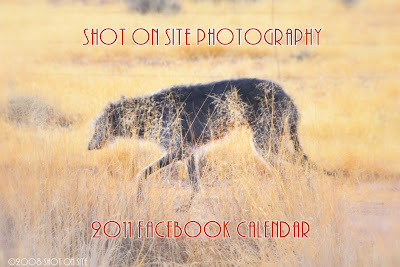 As you probably know, we have a Facebook page, where we post pictures on a daily basis, and throw in the occasional promotion for items in our CafePress store. A while back, I had the brainstorm that we could create a 2011 calendar featuring the most popular images of the year, based on the number of "Likes" they got from the page's members. Margaret now has the calendar 99% done! Above is the cover.
The calendar will be available through Lulu.com, at our storefront there. The price will be $20 each, (includes postage).
BUT!!!
If you act now... you can receive your 2011 Shot On Site Facebook Calendar for only $15! (Includes postage). To get this $5 savings, you must order, prepaid, directly from Margaret: shotonsitemargaret@gmail.com,
It's a heck of a deal. I'd jump right on it!
UPDATE 11-16-10: Pre-Orders are now closed. Standard price orders can be made by clicking the new link at the top of the right sidebar.
Posted by Daniel Gauss at 1:55 PM No comments: 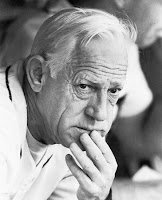 Detroit, never short of colorful characters in the sports world, is mourning the loss of one of the most colorful. Sparky managed the 1984 Tigers to a Major League record 35-5 start and never looked back, winning the World Series against the Padres that Fall. They didn't win another Series during Sparky's tenure, but they were always competitive. He also skippered Cincinnati's "Big Red Machine" to a World Series victory in the 70's.
My favorite Sparky moment came in Game 5 of that same 1984 World Series. Goose Gossage is pitching in relief, and the Tigers' Kirk Gibson is at the plate. The San Diego manager goes to the mound.. he wants Gossage to intentionally walk Gibson. Sparky yells to Gibson incredulously,
"[Gossage] doesn't respect you! He thinks you can't hit him! He don't want to to walk you!"
(NOTE: video of this exchange exists; I've seen it a million times, but I'm damned if I can find it anywhere online.. so there's this):
Gibby looked into the upper deck in right field, turned to Anderson, held up all 10 fingers on his hands and said, "Ten bucks, I'm taking him out!"

That's how a great manager challenges a great player..... to be greater.
RIP, Sparky
(Image, Detroit News archives)
Posted by Daniel Gauss at 1:50 PM No comments:

So... you may be asking: What does Dan do to take his mind off the current bleak and devastated political landscape? What is his... diversion?
Glad you asked! Every week, I turn to SB Nation and read Brian Cook's This Week in Schadenfreude.. a collection of hand-wringing, sad, and pathetic posts gleaned from the discussion boards of colleges and universities across the nation following yet another week 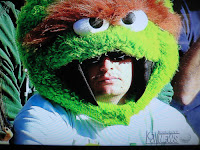 end of their schools losing inexplicably to "that terrible team from......." name your poison. It's always good for a laugh at the expense, especially, of Ohio State,
say, or Michigan State, or Notre Dame. Mixed with Brian's witty, and barbed comments, it's normally an entertaining way to forget about the serious side of life, and the dangers of Republicans.
Alas, there's no solace to be had even here, this week, because Brian leads with the sad plight of the Wolverines football team in the throes of three straight losses.
I don't know where to turn...
Posted by Daniel Gauss at 2:55 PM No comments:

"No one ever went broke underestimating the intelligence of the American people," - H. L. Mencken
So, let me see if I can sort out the just completed mid-term elections in as few words as possible.
As I understand it, the exit polling determined that the number one, over-riding thing on voters' minds was the economy, and by extension, jobs. OK, fair enough, but here's where it gets tricky.. Progress, admittedly slow progress, is being made, so the obvious answer is to what? Turn out the folks who are trying to accelerate that progress, and put in their place people who want to reverse the process.... return to those bad old days?
Friends, it makes me...

More amazingly prescient 100 year old commentary from H. L. Mencken can be found here.
Now, things could have been worse. Laurence O'Donnell made a good point on MSNBC last night. Considering the economy, the voters' (mis-placed and ill-advised) anger with Washington, the high unemployment rate, this should have been much worse, and the Republicans should be scratching their heads wondering why they didn't do better. Much better. This barely lived up to the level of the '94 mid-term "massacre". Maybe Americans aren't nearly as stupid as I give them credit for. Well, except for Kentuckians. And Oklahomans.
Terrierman, Pat Burns, ties it all up in a neat bow for you.
Posted by Daniel Gauss at 11:30 AM No comments: