More of Margaret's Pictures.. as promised. 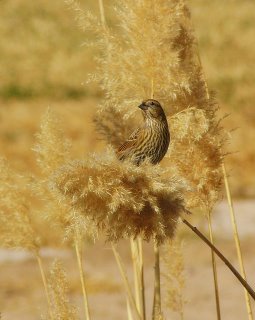 These were all taken at the Bosque del Apache National Wildlife Refuge.. on a day while I was off hunting with Fanny about 30 miles away. 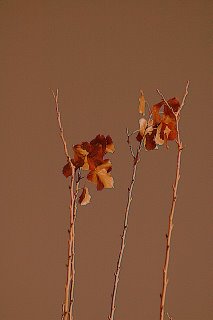 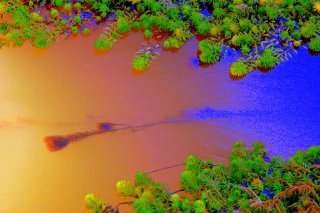 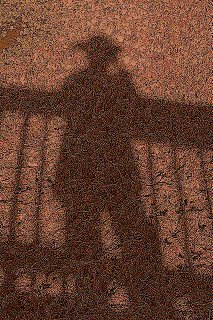 Posted by Daniel Gauss at 5:39 PM No comments:

We were enroute from

Crown Point to St Louis, and decided to stop for the evening at one of our favorite stops... Prairie Pines Campground in Rantoul, IL; a very nice city-owned campground. Nice amenities, including huge, private shower rooms. Rantoul also has a pretty good Mexican restaurant- Sol Azteca. That wasn't what it was called last year, but the change in ownership had no effect on the Camarones a la Diabla. As hot and tasty as they were the last time.

Rantoul is also the home of a friend; a successful Urbana retailer... shoes and orthotics. He's had a '65 Shelby Cobra for a couple of years, which he really enjoys. But when I called to invite him to dinner at Sol Azteca, he had news. Big news. The Cobra is on the block. He's purchased something more... um, 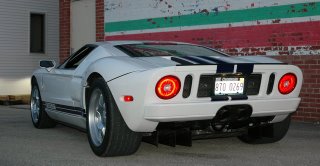 So here is the ultimate phallic symbol. 550 supercharged, intercooled horsepower; a top speed somewhere north of 200mph (although our friend will admit to only 145... so far). The engine is a work of art. The interior, positively cocoonish. The body... well, see for yourself. All the cues from the legendary GT40 that smoked the Ferraris at LeMans in the '60s are there. It's just 4 inches taller; right about even with my hips at 44 inches.

We spent a good 45 minutes, looking over the beast, and taking these 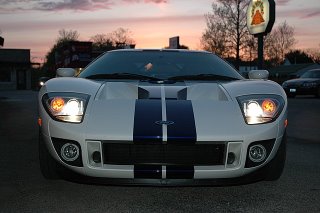 pictures (and believe me, this is a small sample). A local guy stopped and asked permission "to drool". He kept congratulating our friend, and shaking his hand... like, did he just plunk down 160 large on transportation, or did he win the Power Ball lottery?

Anyway... we were too hungry to take a ride last night (!!!???), but we're on the next time we pass through the area, and call ahead.... yeah; steaks on the grille and 100mph+ joy rides on the back roads. Does life get any better? Oh, probably, but what's wrong with the occasional indulgence? 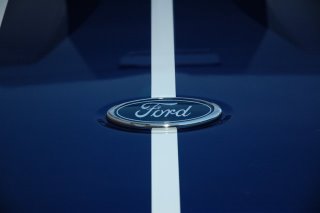 Posted by Daniel Gauss at 8:13 PM No comments:

John Lennon Would Love It!

While not as poignant, or serious as My Strange Nation, "I'm The Decider" is certainly a hilarious parody. But where can one get off calling Bush the "egghead". I thought eggheads were brainy. 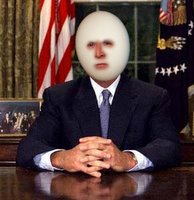 Posted by Daniel Gauss at 2:29 PM No comments: 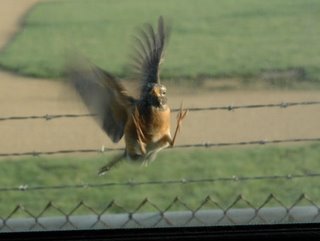 Is this the dumbest bird in the history of the natural world? Sure, birds fly into windows all the time, you're saying to yourself. But have a listen...

We were in the mud up to our rims at the Boone County fairgrounds, following the BCOSW lure coursing trial over the weekend. We decided to let the ground dry, and see if we could get out on our own without an expensive road service call. So, we spent a couple of nights there.

Around daybreak yesterday, I was awakened by a rapping on the bedroom window. The shades were down, but occasionally I could see a shadow corresponding with the rapping, pulled open the shade, and saw this young robin... not accidently, but purposely attacking the window, which is, not coincidentally, mirrored on the outside. So what he was doing was endlessly attacking his own reflection... which he must have assumed was a rival that had to be driven off at all costs. We began 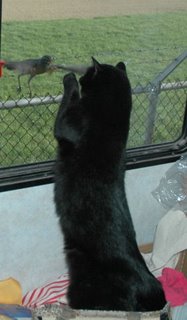 to think he was going to drop dead from exhaustion, but that didn't happen. With only occasional forays out for worms, he kept this up until we left the fairgrounds around 1PM! Now that's what I call a really slow learning curve! And if that's the case, what does that say for Gabriel on the inside? He was there for all those hours as well...

Posted by Daniel Gauss at 7:25 PM No comments: 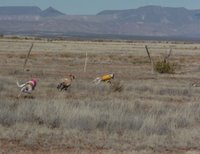 This odious piece of legislation has passed out of committee. I'm not sure when it will come before the full assembly, but people in California are advised to not give up now. It squeaked out on a 4-3 vote, with the bill's sponsor "sitting in" to fill a vacancy and break the tie on her own bill. Interesting.

Also interesting is a reported last minute amendment that will narrow the bill's scope, possibly banning only "competitive" open field coursing. Details are too sketchy now, but if this is true it should be considered a major victory, and probably more than the dumb asses who brought this all on themselves deserve. More here when details are known.

Getting back to the mundane... here's the latest on where we're going to be over the next several weeks..

That's the news for now. See you out and about.

Posted by Daniel Gauss at 8:58 AM No comments:

This news column by Eric Sharp, the Detroit Free Press outdoors writer, in today's issue, has helped me see the light!

At a special meeting in this Upper Peninsula village, the NRC also voted to ban antlered deer hunting in the eastern UP and create a spears-only zone in Ann Arbor. The ban on antlered hunting was approved in an attempt to increase buck numbers. The spears-only zone was created to learn if the most primitive hunting method can reduce urban deer populations without upsetting vegetarians.

I can now see clearly that if an entire state, like Michigan, which has a rich heritage of hunting, can make the kind of sacrifices outlined in this article, then I can make my own small sacrifice... So, on this First Day of April, in the year 2006, I make this vow: That I will never again release my hounds on a living animal. I will join P*TA, and the H*US, and will deliver to them the names and contact information of every person I know, (and those I don't, and those I will make up), who hunt with their hounds. I will turn over all of my hunt photos to ABC, CNN, and the above organizations, to be used for the greater purpose of ending worldwide hunting, including the hunt for Osama. I will work for the passage of AB2110 to ban coursing in California, because some coursers in that state have already shown they have the intelligence of a box of jelly donuts- minus the jelly- and shouldn't be allowed out of their houses unattended. That is my solemn vow. You will all thank me some day.


Posted by Daniel Gauss at 7:41 AM No comments: