Where The Hell Are We?

Well, anyone who can read the schedule to the right there will know we're now at Windyglen in Boswell, OK. (Actually, we're at the Hugo, OK public library right now... otherwise you wouldn't be seeing this.)

And where have we been? Oh, it's a sometimes troubling, sometimes humorous trip across some of the reddest states in the land: Kentucky, Tennessee, Georgia, Alabama, Mississippi, and Louisiana, before arriving in Oklahoma, where the Republican politicians don't just think the voters are stupid... they know it. We've been subjected to some of the worst political ads we've ever seen. Worse, we're subjected to ads from both Oklahoma and Texas. Thank dog it'll be over soon.

A funny thing happened while we were in Georgia... pollsters changed Georgia's status from "lean McCain" to "toss up"! Wow. We're good. ;-)
Posted by Daniel Gauss at 3:28 PM No comments:

We Are The World!

Email ThisBlogThis!Share to TwitterShare to FacebookShare to Pinterest
Labels: Blogging 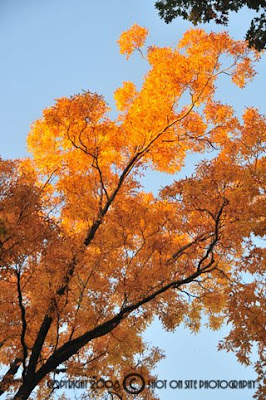 ...and yes, we're still blogging, although it would be hard to prove it based on the past couple of weeks' activity. Gonna try and change that over the next couple of weeks, because the leaves are turning, and it's time to head South for the Winter.

I've updated the schedule, to the left right, and you can see we're heading to Kentucky next. Leaving tomorrow as a matter of fact. Then it's the ASFA Greyhound specialty in Georgia, followed by the LGRA-NOTRA OB National race meets at Windyglen in Oklahoma. We've also added some events with some new clubs, and we'll try and get out to New Mexico before the first of the year so Sandia can get his (sizable) feet wet in the heat of organized competition.

And, of course, Margaret's kids and grand kids are calling, so we'll be in Georgia again for Christmas, and that means the folks at GANG have let us know we should also include Calhoun at the end of the year for 5 straight days of trials.

Among the other things I need to catch up on:

Posted by Daniel Gauss at 2:22 PM No comments:

I'm glad we're not playing the "nuk-u-lar" drinking game while watching the debate. We'd be really, really drunk.
Posted by Daniel Gauss at 7:57 PM No comments:

This Would Be Really Funny If....

...there weren't a grain of truth in it. Coming this October, in the Simpson's Treehouse of Horrors.

Posted by Daniel Gauss at 2:06 PM No comments: